Converting Powerhouse to Java
quick, automated and at lower cost

In the past a lot of organizations have used Cognos Powerhouse to create business critical applications. Powerhouse was a very powerful environment for creating business applications. However, Powerhouse is becoming out-dated. Support and consultancy are less readily available making it harder to extend the software or integrate it with other software applications.

Action has to be taken if you want your software to keep up with your business. Until now your options where limited: Move the business requirements to an ERP-system, build a new application or manually convert the application to a modern programming language. None of which are very appealing: they are expensive, time-consuming and hard to control processes.

An example for rebuilding/conversion of one screen:

These figures do not include overhead and project management.

The result: A modern Java application which is easily maintained, extended and integrated with existing infrastructure

While creating StrongHold a lot of effort was spend making the converted software easily maintainable. The framework in which the newly converted software will run in specifically designed en tested to simplify custom tasks and integrate well with other software. The framework is completely transparent and makes use of open standards and common design techniques, making it easy for you to implement new functionality within the application.

The conversion path made clear 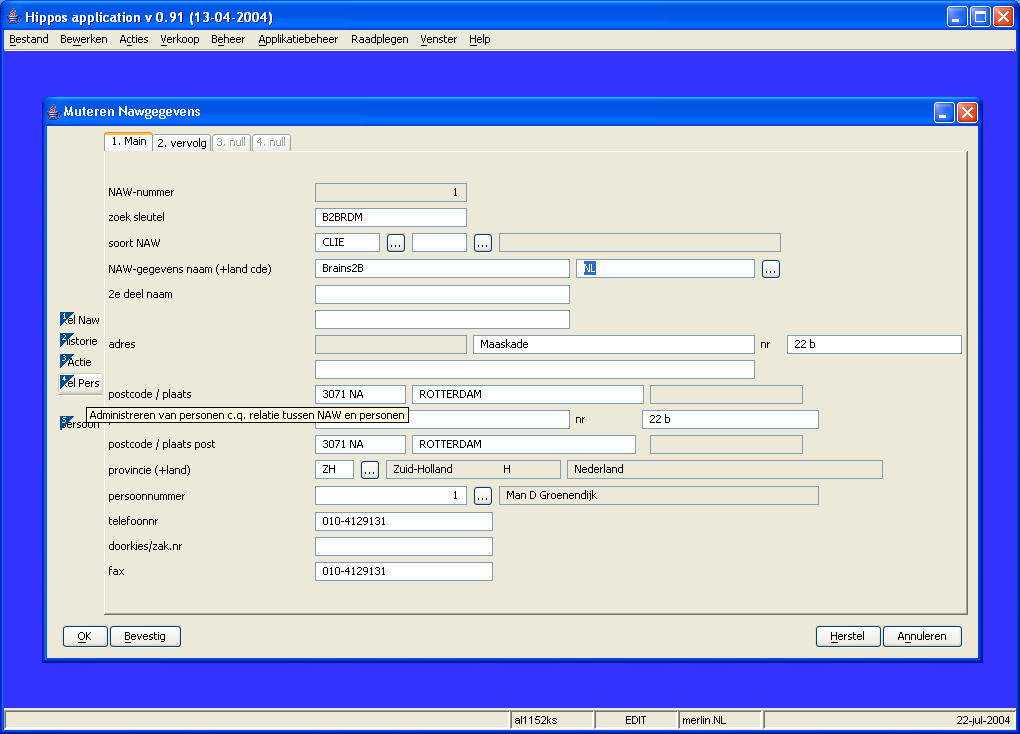 StrongHold delivers an quick and efficient way to convert your Powerhouse application to Java. To make the entire conversion as easy as possible there are a few simple steps we will take: First we will create a pilot on the basis of your existing application. This will be the starting point for determining the look and feel of your new application. We decide the configuration settings and the parts, if any, which could be better supported with custom build plug-ins. The prototype will also give a good indication of possible infrastructural needs.

Manual correction of the code can be kept to a minimum

After setting the stage the conversion itself is a simple push of the button. StrongHold converts 90% of the powerhouse code to working Java code with no intervention. The last 10% could be converted through a custom API or through manual correction. That 10% is highly predictable and correction can be easily standardized.

Leasing company Arval PHH (formerly Arma) created a powerhouse application which encompassed all their internal and external business information needs. The application supported three languages and was build and maintained over a 15 years period. There were great advantages having all your business data in one application. One of the disadvantages: The huge costs and risk of migrating this application to a new platform or computer language. This is were the idea of StrongHold came in.

An early pilot gave the users and end-user an opportunity to give their input on graphical user interface. It also made transparent where it would be efficient to have a custom plug-in: Using their current multi-language sources to make the new application multi-language and a plug-in to convert their custom search options into an appropriate Java equivalent. Some functionality was marked early on modernization making good use of the new environment. This included integration with Microsoft Office and Oracle Calendar

Because the project was of considerable size, the decision was made to divide it into different parts and realize each part overlapping with the next. While one part was being tested by end users, the next part was being system tested and the one after that was being converted. This gave us the opportunity to do the conversion with a limited amount of people and without too large a strain on day-to-day business. The complete application is now used throughout the organization.

If you are looking for a quick, efficient and low-cost way to convert your existing Powerhouse application to a modern and robust Java application please contact us at +31 6 14665800 or e-mail us for an appointment